The most exciting squarefeet in Brussels 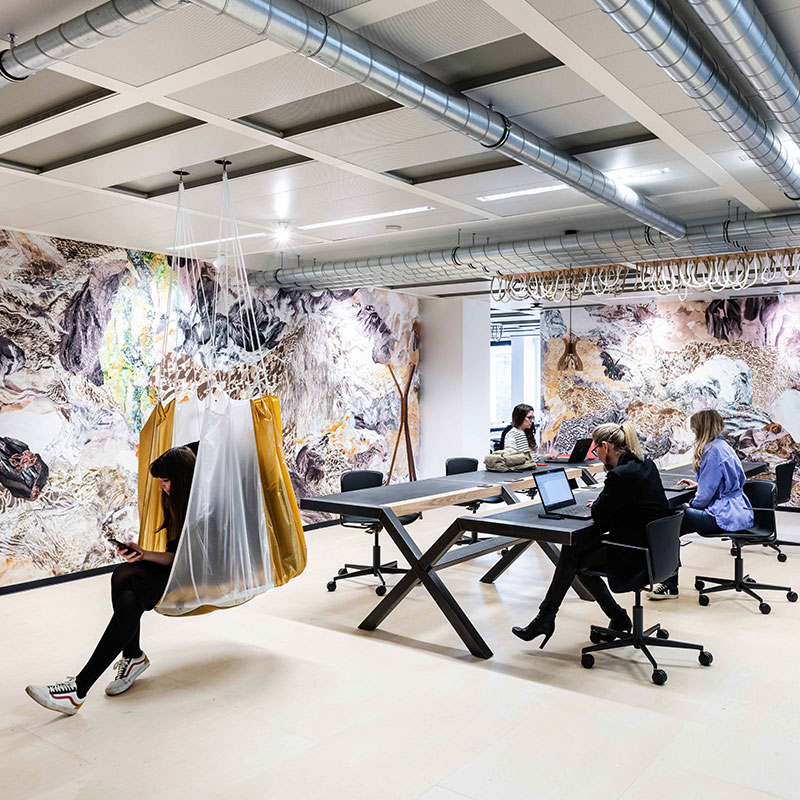 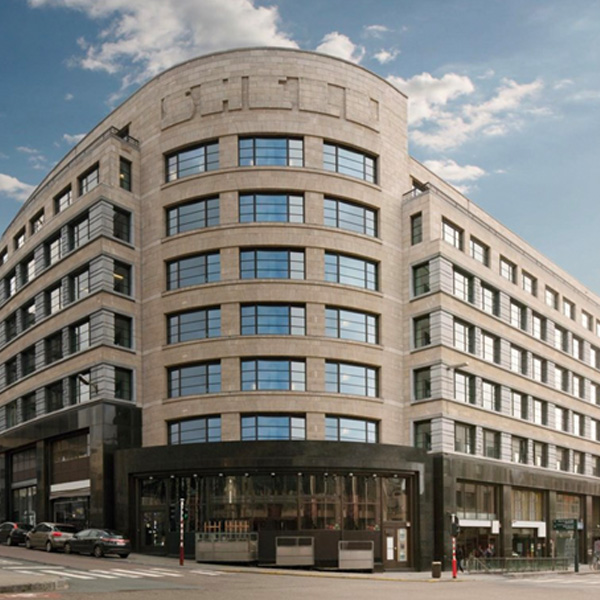 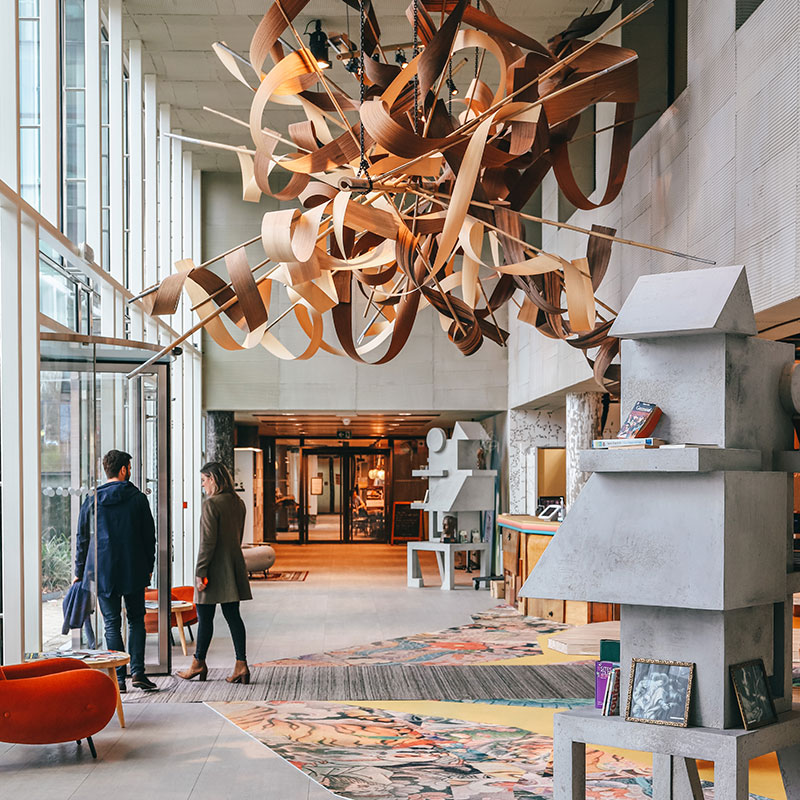 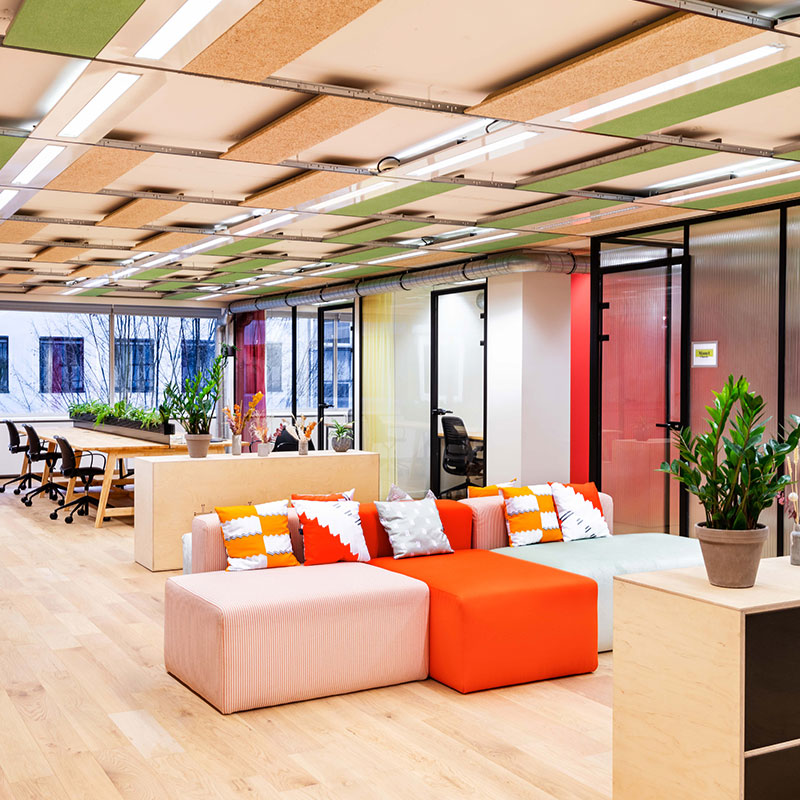 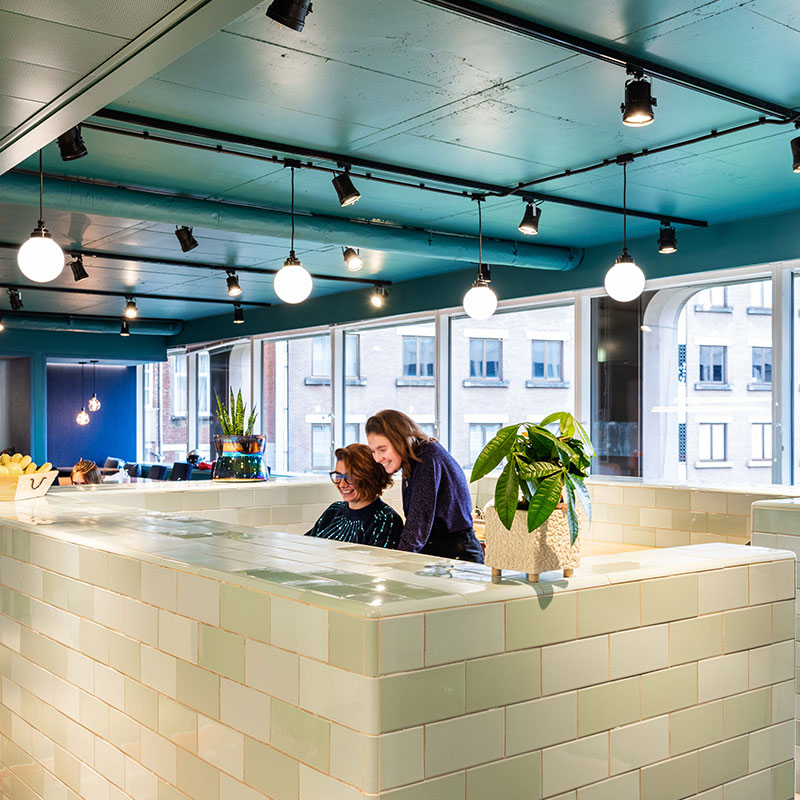 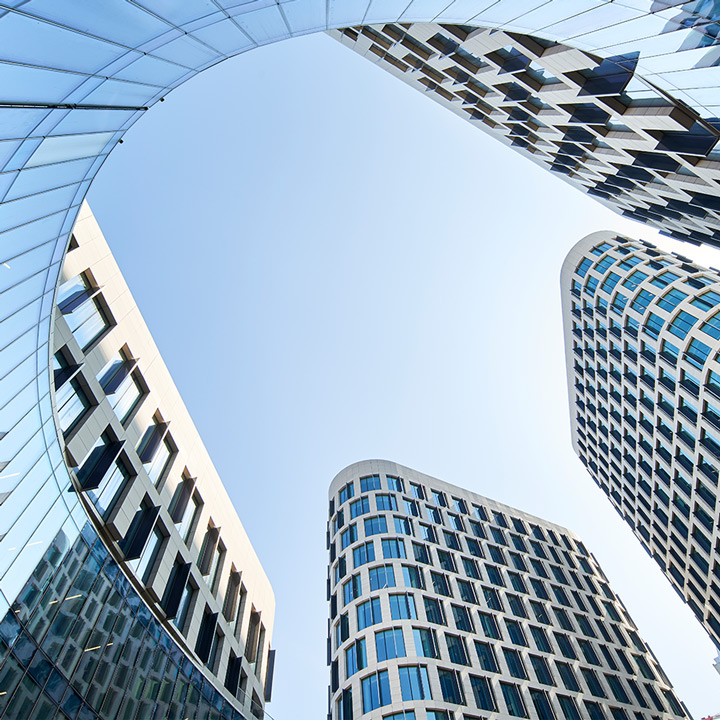 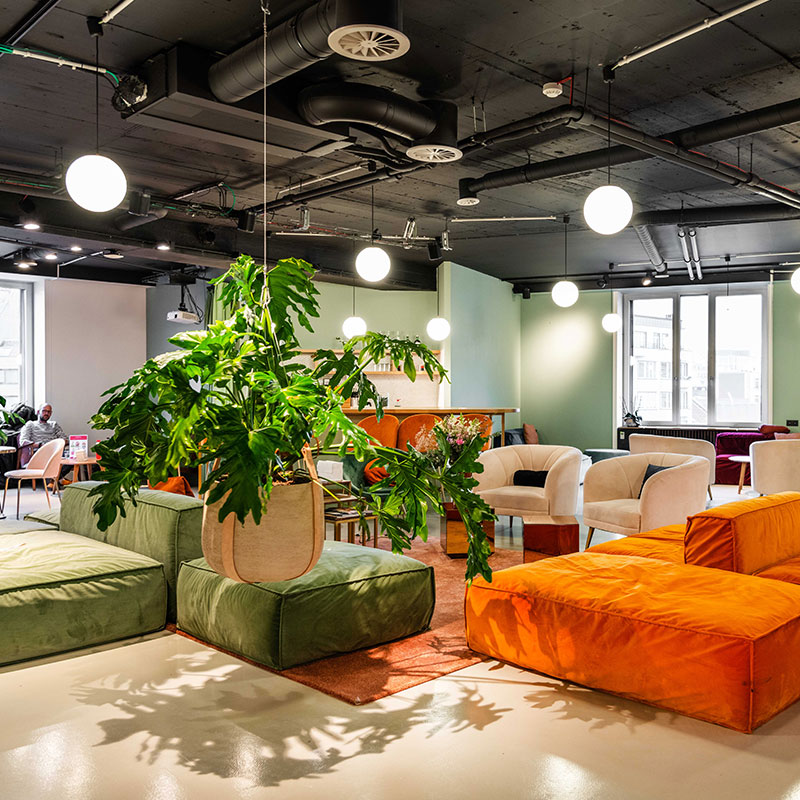 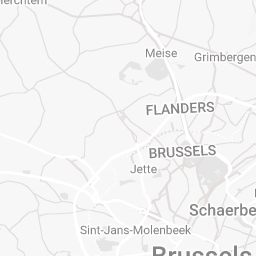 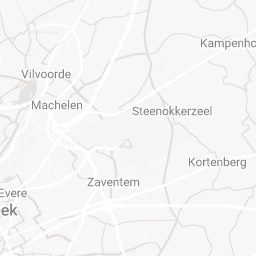 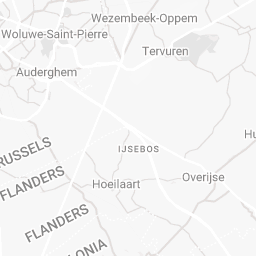 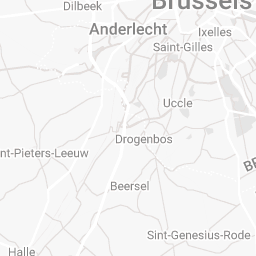 To navigate, press the arrow keys.

The most exciting coworking spaces in Brussels.

Are you planning to set up offices for your business in a coworking space in Brussels? That’s a great plan for so many reasons: its strategic geographic position, openness to the world, hyperdynamic market and its status as the capital of Belgium and Europe, to name but a few. The different neighbourhoods in this cosmopolitan city each have a distinct atmosphere, seducing profiles as wide-ranging as our coworking spaces themselves.

Incidentally, choosing a coworking space in Brussels makes so much sense in this lively metropolis that constantly attracts entrepreneurs, industrialists, investors, financiers, lobbyists, diplomats, academics, artists, researchers and other young, talented people from all over the world.Shared workspaces are exactly the places where you will meet them: since they may only be in Brussels for a few months, they also need perfectly equipped offices where they can do their job efficiently and welcome people to their meetings. This is a unique opportunity to exchange, share and connect that might even lead to fruitful partnerships.

A city and offices that are ideally located and easily accessible

By train and plane

No other capital city can boast such a crucial position on the map of Europe as Brussels. With air and rail links to major European cities several times a day, it is the ideal location to develop your business, meet with clients, partners and prospects or to use as a base for your own rapid and convenient trips. For example, you are only 1 hour 20 minutes from Paris and 2 hours from Amsterdam with the Thalys, or from London by Eurostar.

A diverse community of coworkers

The sectors in which Belgium – and hence Brussels – are attractive to business leaders include pharmaceuticals, textiles, agriculture and food, chemistry and biotechnology, metallurgy, aeronautics and distribution. There are also many businesses in the country that are active in the fields of banking, IT – especially software packages – consultancy and finance. With this in mind, note that Belgium’s banking and finance system is considered to be particularly dynamic and healthy, making it an ideal place to establish your business.

The capital of European lobbying

As already mentioned above, there are hordes of lobbyists in the city. That’s no surprise, because many European and international institutions have their headquarters, or at least a branch, in Brussels. Among them are NATO, the Benelux General Secretariat (administrative centre), Eurocontrol (the European organisation for the safety of air navigation), the Council of Europe, the UN, UNESCO, the UNHCR (United Nations High Commissioner for Refugees), the WHO (World Health Organisation) and the World Bank’s branch for the Benelux and the European Union.

Let’s not forget either that Brussels is home to the European Commission, the Economic and Social Committee and the Committee of the Regions, and that it accommodates the members of the European parliament three weeks out of four, as well as hosting meetings for the parliamentary committees and political groups.

Our coworking spaces in northern Brussels

There’s a reason why many big businesses and international organisations (including NATO) have chosen the area surrounding Brussels Airport in north-eastern Brussels to set up their European headquarters: from your offices at Silversquare Zaventem, the airport is just a ten-minute car journey away! The first airport in Belgium and second largest hub for growth is a genuine intermodal platform that brings together every mode of transport, serving 175 destinations from Abidjan in Côte d’Ivoire to Zurich in Switzerland, not to mention Montreal, Beijing, Reykjavik and Washington DC.

Light and intimacy Jane Haesen has designed a coworking space bathed in light, with huge panes of glass that allow an abundance of natural light to flood every room. Need to concentrate, make a call or hold a confidential meeting? Opt for an alcove that is as practical as it is cosy.

The coworking space Silversquare North opens its doors in March 2022, in a neighbourhood that is undergoing a thorough revival. The Quartier Nord – Brussels’ answer to Manhattan – has long been known as a very important business hub, with its 1,200,000 m2 of offices accommodating around 40,000 people at companies such as Engie, Proximus or the Federal Public Service Finance. But there is more than a sense of an industrious anthill that emerges from these wide, green boulevards: the commercial heart of the city is very close by, with the City2 shopping centre in particular just across the Place Rogier, along with cultural institutions such as the Théâtre National Wallonie-Bruxelles, KVS (the Royal Flemish Theatre), La Monnaie / De Munt opera house, Le Botanique concert venue and the Kanal-Centre Pompidou museum.

Let your imagination run riot We used to know Lous as a singer, rapper, writer and composer. Here she is in the role of an artistic interior designer. The colours, materials, shapes and decorations we find here are warm and deep. Everything is designed to inspire new ideas, awaken your creativity and spark opportunities.

A coworking space in the centre of Brussels

With this coworking space on the Rue Cantersteen, Silversquare puts the capital city of Belgium and Europe at your feet. You can take that literally, because this splendid Art Deco building overlooks Brussels Central station, designed by Victor Horta, where your visitors from all over Belgium arrive in the city. You can see the spire of Brussels city hall on the Grand-Place, the most beautiful square in the world , the towers of the Cathedral of St. Michael and St. Gudula, Bozar arts centre and the Royal Palace. The Mont des Arts, the Royal Museums of Fine Arts of Belgium, the Fin-de-Siècle Museum, the Magritte Museum and Brussels Park are all just a stone’s throw away, as are the antiques shops and culinary delights of the Sablon. You will find yourself in the historic heart of the city that hardly ever sleeps, a lively, vibrant, inspiring location that is also very attractive to your visitors with a high-quality range of hotels.

Exceptional decor and furnishings Beauty and art are a constant presence in this space designed by the MANIERA gallery, which also brought in the interior designers Dozon (of Ghent) to come up with the general layout, Piovenefabri who created the restaurant, and the designer Christophe Hefti to whom we owe all the extremely colourful textiles, curtains and carpets that adorn the space.

If you are looking for an address bathed in an aura of prestige, your obvious choice will be one of the three coworking spaces that Silversquare offers on the famous Avenue Louise that links the Place Louise to the Bois de la Cambre.

The first of these spaces, Silversquare Stéphanie, is located just beyond the part of the avenue that Brussels natives call ‘le goulet’ or bottleneck, because it is narrower than the rest of this majestic thoroughfare lined with shops, offices and apartments. Although it is ‘uptown’, we find ourselves close to the traffic axis that surrounds the historic central quarters and leads to places including Brussels Midi/Zuid station where travellers can catch the Thalys and Eurostar. Lawyers and other legal professionals also appreciate the fact that Brussels’ famous Law Courts are within walking distance. Among the other advantages of this neighbourhood are the boutiques – including famous brands – restaurants, cinemas, trendy hotels and all sorts of other shops that constantly attract crowds of high-end shoppers.

Relaxed elegance Noble materials such as wood, the warm tones of the furniture and the presence of numerous sculptural plants grant this space an undeniable cachet and sense of class. This has not stopped us from adding original, relaxed touches, such as this hammock area, where you can let your spirit roam and your ideas flow.

Here you will find yourself in one of the most dynamic and connected areas of Brussels, with its bars, restaurants and trendy concept stores that attract affluent yet inventive young people. You can take the Rue du Bailli that crosses the Avenue Louise in either direction: to the west, you will pass colourful streets interspersed with gems of Art Nouveau architecture, leading to the Place du Châtelain (and its famous aperitif bars). To the east, the road leads down to the festive, cosmopolitan Place Flagey and the building that shares its name, resembling an ocean liner in modernist style. Today it houses an essential cultural venue for anyone who loves music and the visual arts.

Incubator of creativity This lovely nest, dreamed up by the talented KRJST duo, is ready to nourish every spark of your creativity. It is surrounded by a magnificent garden, an oasis of urban greenery, which serves as the perfect foil to the atmosphere of this neighbourhood buzzing with ideas. It is ideal for both concentrated thinking and the wildest of brainstorming.

Stand at the crossroads where the best of two worlds meets. You are still on the elegant Avenue Louise, a few hundred metres from Avenue Franklin Roosevelt where embassies stand shoulder to shoulder with the buildings of the ULB university and the Solvay Brussels School Economics & Management. Yet you also sense the freshness, peace and serenity that pervade the space, thanks to the nearby abbey and the Bois de la Cambre, the largest green area in the capital that forms a portal to the Sonian Forest. It is an excellent place for jogging, but you can also have lunch in one of its restaurants, even imagining yourself in Central Park as you float around the lake on a boat typical of those found in the park in New York.

Flourishing birthplace This was where the adventure of Silversquare (and coworking spaces in Brussels) began, and you feel that the space already has a rich history of shared experiences, fruitful exchanges and even beautiful friendships that began with formal or chance encounters. You are bound to bump into pioneers of the space who have been here right from the start. They bear witness to the power of networking.

Establish your business in the university quarter

Whereas Silversquare Louise is close to the oldest of the Université Libre de Bruxelles’ lecture theatres, Silversquare Delta is a coworking space situated opposite the La Plaine campus that houses several faculties of both the ULB and the VUB, the Vrije Universiteit Brussel. It will come as no surprise that the area around Ixelles Cemetery is the epicentre of student life in Brussels, where students from all faculties rub shoulders with young entrepreneurs, researchers or the leaders of start-up companies. Another great asset is the Delta car park very close by, in the park and ride zone at the E411 motorway exit, from which you can travel to the city centre by metro in just 12 minutes.

Colourful polyphony A sumptuous, magical, shimmering, multicoloured interior signed by Lionel Jadot creates a cocoon that is both stimulating and reassuring, just like the lively neighbourhood where it is located. Multicultural references are a subtle invitation to daydream as well as a gateway to an open mind that never fails to impress clients and visitors.

If you want to feel the heartbeat of Europe and meet young expats morning, noon and night, look no further. The lovely Square de Meeûs is just beside the Place du Luxembourg, where the café terraces are always full in good weather. Do we need to remind you that you will also bump into parliamentarians, civil servants, lobbyists of every ilk and representatives of many international organisations and institutions? In short: it doesn't get much more cosmopolitan than this!

Openness and opportunities Besides its location, which is the very incarnation of the balancing point between the city and countryside, work and leisure, this coworking space in Brussels is designed to offer you a maximum of opportunities to meet and connect with other entrepreneurs, especially in the new hall and coffee area designed by Sébastien Caporusso.
Join our newsletter
Your phone number
Book a tour
Silversquare Antwerp Tower