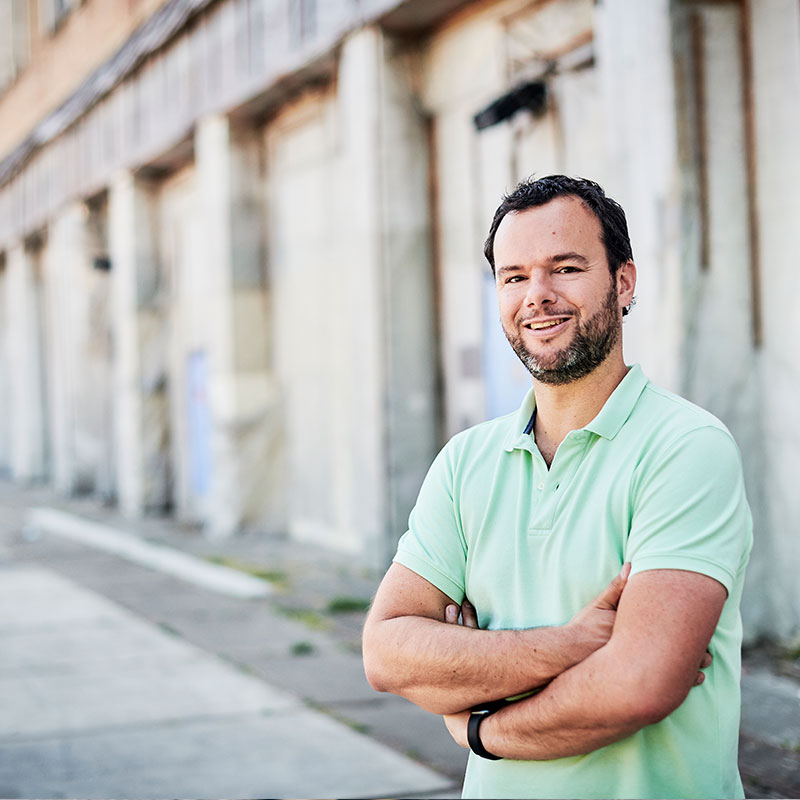 Talk with Christophe Diercxsens, Global Public Affairs Manager at Too Good To Go

We met up with Christophe Diercxsens, Global Public Affairs Manager at Too Good to Go

Too good to ignore...
Today, one third of all food produced ends up in the bin, and unfortunately contributes between 8 to 10% of the world’s greenhouse gas emissions. Christophe Diercxsens chose SQ Europe – at a stone’s throw from the lobbying ecosystem of the European institutions - as the ideal base for stepping up the fight against waste.

So Good and So Simple
Too Good to Go is a social impact organisation leading the fight against food waste.
The super simple TGTG app connects retailers with surplus food to consumers, enabling unsold items (from all kinds of food business) to be resold. Both sides benefit, as businesses discard fewer perishable items and are able to further promote their business, while consumers are able to reduce waste by buying unsold food at one third of the original price.

After five years, the Danish company, now operating in 16 countries, has saved 75 million meals from going to waste and is working with close to 100,000 food businesses.

Ten Percent of Food Waste is linked to Expiration Dates
The company looks beyond simply connecting businesses with consumers.
As part of their impact team, Christophe chose SQ Europe, at a stone’s throw away from the EU institutions, as his base. There, he finds himself among other professionals working in the same sphere of political influence, such as European lobbyists. “I come across a lot of people working in the same field who are in contact with the European institutions. This allows us to share our experiences and benefit from increased peer interaction. At SQ, there is a real sense of belonging and togetherness, much stronger and more present than in other co-working spaces. That is what convinced me to come here,” comments a smiling Christophe.

He is making the most of opportunities presented by existing European legislation to combat European food waste. For example, he has highlighted some widespread misunderstandings surrounding expiration dates in a bid to make them clearer and more legible for the consumer.

TGTG takes a cut from every basket sold on the app. Part of this revenue goes towards awareness campaigns, educational materials in schools and company partnerships to limit waste.

“In most countries where we work, through donations or sales, less than 4% of the country’s total food waste is processed, with the remaining 96% discarded or incinerated. 50% of food waste is still done at home. Unfortunately, the public as a whole has not yet been made sufficiently aware of its environmental impacts. It is in fact younger generations who have been the first to act in this area. These profiles differ between countries and cities,” adds Christophe. “However, our customers are uniting against food waste, even forming communities within our social networks.” Today, the TGTG app has been downloaded by 36 million users worldwide, while the company is experiencing a growth in excess of 200% each year. Its ambition? To reach a record one billion meals saved in 2024!

Too Good to Go’s Advice:

Visit the Too Good to Go YouTube channel for all sorts of waste-free recipes, tips to better organise your fridge and to discover chefs and other players committed to fighting waste.

You can find Christophe Diercxsens on the Silversquare app